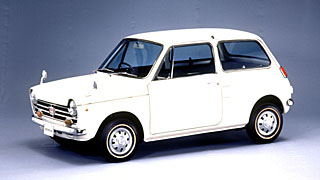 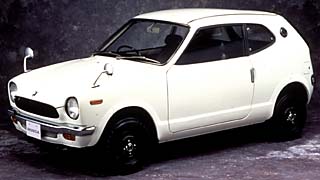 
In October, 1970 came the Honda Z 3-door coupe on the platform and with the engines of the Honda N III 360. By December, 1971 in a surprising move by adopting the floorpan and engine of the Life the wheelbase rose to 208 cm within the given length limitations which was achieved by putting the front axle forward. In November, 1972 the body became a unique 3-door hardtop. The twin carburettor engine was now the only engine available. In the export the car could also be had with the 598 cc engine from the N 600, and was also known as Honda AZ 600. 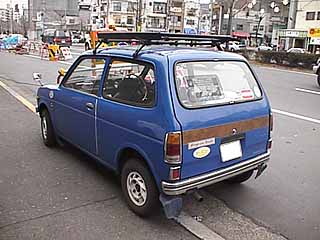 
The Honda Life arrived in June, 1971 as a nice-looking 2-door and a 4-door sedan. The wheelbase was 208 cm, the rear axle still rigid with leaf springs, and the engine now a 356 cc water-cooled light-alloy OHC. By September, 1971 came a 2-door wagon. By May, 1972 there were again versions with a 36 HP twin carburettor engine. This car was deleted in October, 1974 leaving Honda out of the kei passenger car business until the arrival of the Honda Today. The Honda N III was sold alongside the Life through 1972. In the export, the Life was also known as Honda 360. 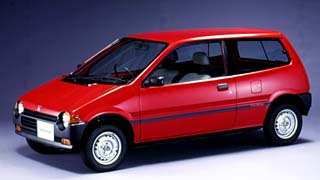 This Honda Today was introduced in September, 1985 on a wheelbase of 233 cm as a 3-door sedan. Initially the engine was a 2-cylinder (water-cooled) OHC 545 cc, which became a 3-cylinder 4-valve 547 cc by February, 1988. The rear axle was a torsion beam with coil springs. Together with the new regulations in March, 1990 the bumpers were enlarged to give the car a length of 329.5 cm, the engine was enlarged to 656 cc. By April, 1990 came a permanent four-wheel-drive version with an independent rear axle. 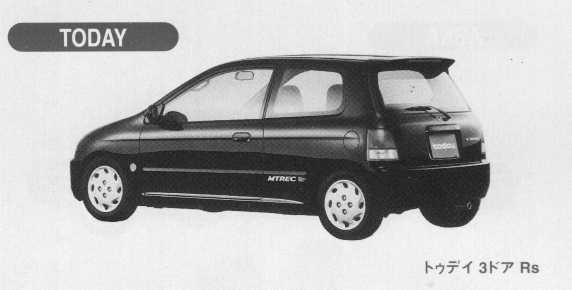 The second generation Honda Today arrived in January, 1993 as a 3-door and a 5-door sedan on the same platform as the previous one. This previous Today would be available next to the new one until 1998. 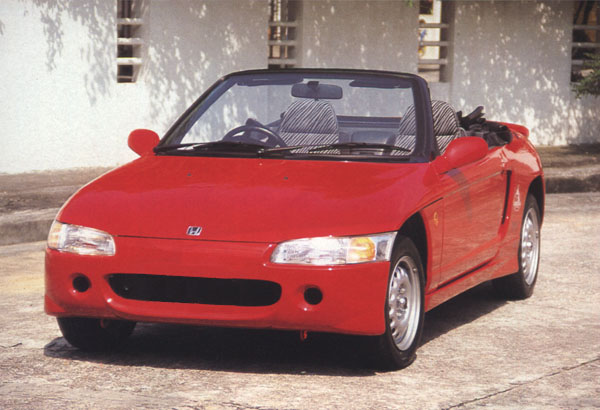 In May, 1991 came the Honda Beat 2-door roadster with 656 cc 64 PS OHC 4-valve 3-cylinder engine (placed transversely before the rear axle) without turbo on a wheelbase of 228 cm and front and rear independent suspension with coil springs. This car was deleted in 1996. 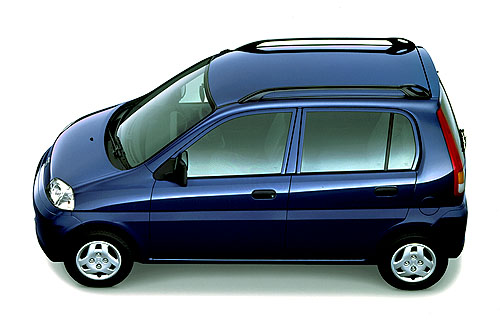 
After 23 years, the Honda Life was resurrected in April, 1997 now as a 5-door MPV. It rode on the same platform and had the same engine as the Today. Four-wheel-drive was not available. 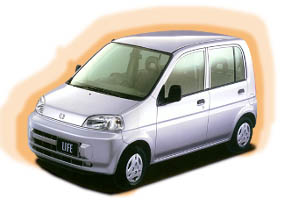 Then, in time with the new tax regulations came in October, 1998 the second generation Honda Life MPV in the same style, but with totally new sheet metal, which gave the first Honda Life MPV a record short life of less than one and a half year! Wheelbase is now 236 cm, engine and suspension remained roughly the same, four-wheel-drive is available with surprisingly a de Dion rear axle with coil springs (5-link rigid with double joint axle shafts). By December, 2000 arrived the Honda Life Dunk with turbo engine.

Also in October, 1998 arrived the new Honda Z as a 3-door SUV. This car is special because it has the engine underfloor (placed longitudinally and inclined) before the rear axle. The engine is the 656 cc OHC 4-valve 3-cylinder, a turbo is available. The rear axle is a de Dion with coil springs. All models are permanent four-wheel-drive and have an automatic transmission. The wheelbase is 236 cm. This model was deleted by 2002. 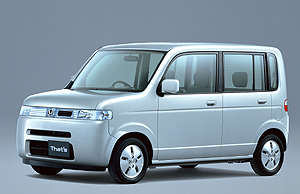 By February, 2002 arrived the Honda That's with the same technical data as the Life/Life Dunk, though 15 mm higher.